A Woman with Alcohol Use Disorder, Wernicke-Korsakoff Syndrome, and Central Pontine Myelinolysis: A Case Report and Review of the Literature 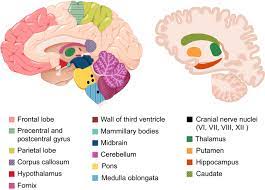 We present a case report of a woman with a history of alcohol use disorder who was found to have both WernickeKorsakoff Syndrome (WKS) and Central Pontine Myelinolysis (CPM) on MRI. After a discussion of the case, we review the literature of the clinical manifestations, diagnostic criteria, and prognostic indicators of functional outcomes for both WKS and CPM. We compare and contrast the two diseases individually and simultaneously, as occurred in our patient. Central pontine myelinolysis (CPM) is a demyelinating disorder of the brainstem that typically occurs with the rapid correction of serum sodium in hyponatremic patients. Diagnosis of both WKS and CPM requires a high index of suspicion. Though overlapping in some aspects of clinical manifestations, the prognosis and functional outcomes can differ between the two diseases so it is important to distinguish between the two processes.

Abundance and Distribution of Sedges in Relation to Soil Properties in SedgeDominated Habitats in Uyo Metropolis, South-South Nigeria

A Woman with Alcohol Use Disorder, Wernicke-Korsakoff Syndrome, and Central Pontine Myelinolysis: A Case Report and Review of the Literature

Aerobic Vaginitis – A Common but Underdiagnosed Cause of Recurrent Vaginal Discharge of Dysbiotic Origin– Are We Dealing with a Cryptic STI?